HAVE YOU MOVED ON FROM RABIYA’S NATIONAL COSTUME?

Did she violate the Philippine Flag Law? 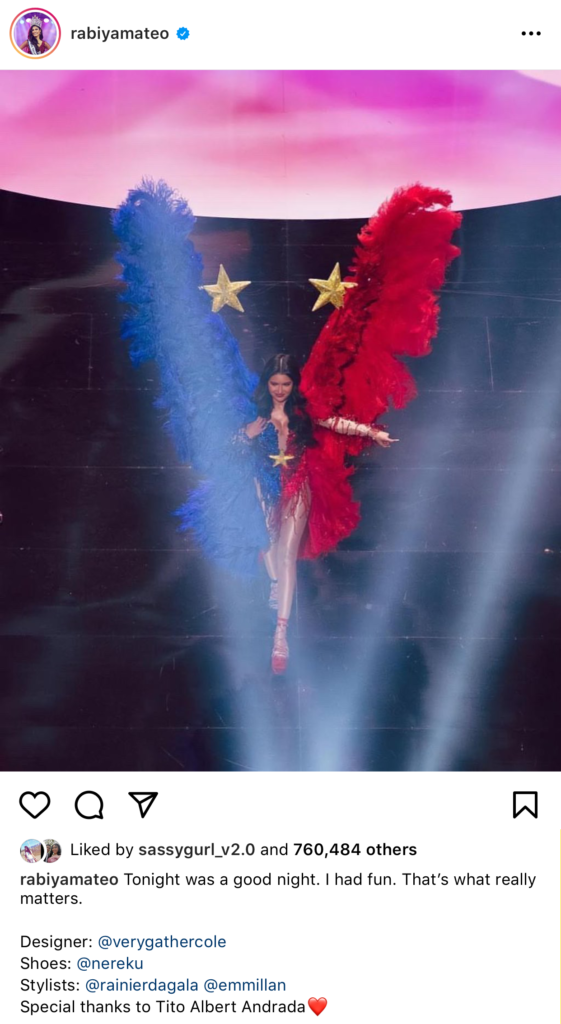 It is indeed hard to forget Ms. Rabiya Mateo’s plumed ensemble of vibrant blue and red during the national costume event of the 2020 Miss Universe Pageant. The colors, the golden yellow stars, embellishments, and two-colored strappy heels are eye-catchers.  The costume itself is said to be a progressive take on representing the Philippines by the late avant-garde designer Rocky Gothercole. Preview magazine described it as “a vision of a winged goddess representing the Philippine flag in a feather-adorned frock”.  Would you have guessed that such would be a costume for a Philippine delegate to Miss U?

This design elicited murmuring reactions and social media came alive with differing opinions whether its wearer violated the Philippine Flag Law. Butuan City-based influencer Jam Magno reportedly twitted on May 14, 2021, that the Filipina delegate, “didn’t seem to know one important law:  to never use make use of our flag as Costume other than put it on a flagpole”.  On the same day, lawyer Tony Roman III posted on social media his reply to a question asked by a netizen, “Mali ba ang costume ni Rabiya Mateo?“. Atty. Roman responded, “Under RA 8491, it is prohibited to wear the Philippine flag in whole or in part as costume or uniform. Pero yung costume ni Ms. Rabiya, inspired lang by the Philippine flag, kasi may mga elemento ng Philippine flag. At yung costume niya, creative interpretation of the Philippine flag by an artist, which is protected speech in Bill of Rights in our Constitution“.

What’s your take on whether this costume is or is not a lawbreaker?

Let’s have a closer look at the Philippine Flag Law before we head on to different directions. 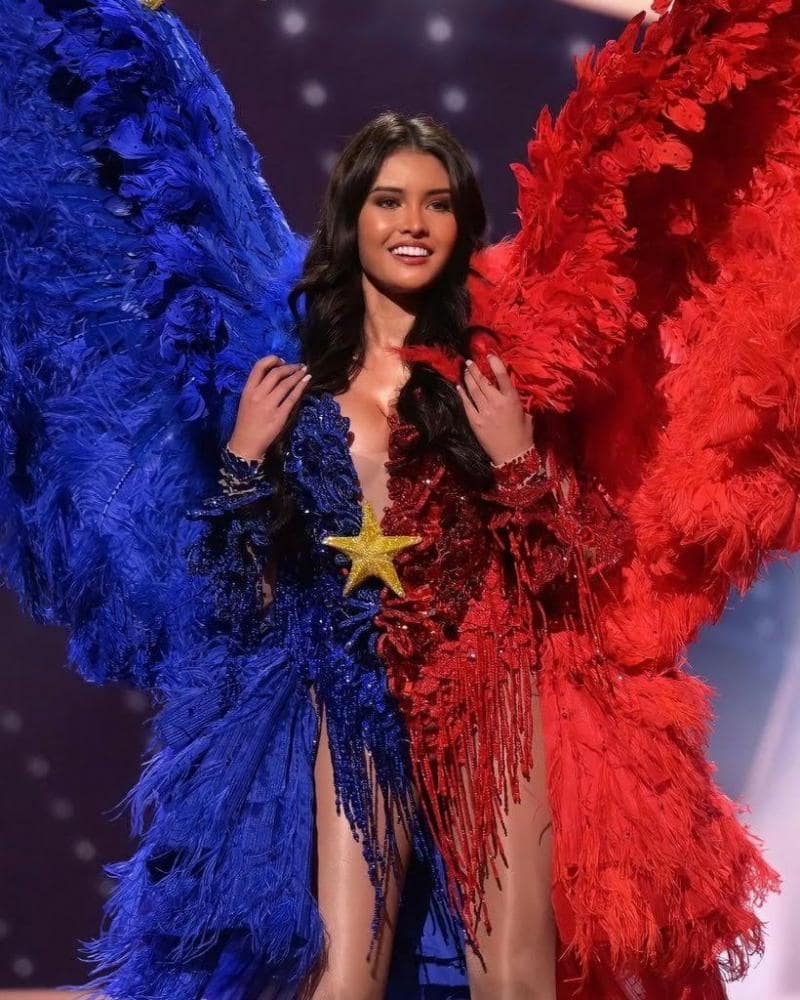 The Philippine Flag Law or RA 8491 is just among the mouthful bites of Philippine laws that each Filipino should take time to read, understand, and heartedly appreciate.  Republic Act No. 8491 An Act Prescribing the Code of the National Flag, Anthem, Motto, Coat-of-Arms and Other Heraldic Items and Devices of the Philippines (we did say it was a mouthful)  tells us the lawful ways of treating our flag, national anthem, official seal, other heraldic items which include “appropriate coat-of-arms, administrative seals, logo, insignia, badges, patches, banners and initiate awards, citations, orders or decorations, as may be authorized by the Congress or the Office of the President” (Sec. 44, Ch. VI, RA 8491).

This law describes how “(r)everence and respect shall at all times be accorded the flag, the anthem, and other national symbols which embody the national ideals and traditions and which express the principles of sovereignty and national solidarity. The heraldic items and devices shall seek to manifest the national virtues and to inculcate in the minds and hearts of our people a just pride in their native land, fitting respect and affection for the national flag and anthem, and the proper use of the national motto, coat-of-arms, and other heraldic items and devices”  (Sec. 2, RA 8491).

In particular to the Philippine flag, Sec. 34 lists prohibited acts as follows:

SECTION 34. It shall be prohibited

Any person or organization in violation of any provision of the Heraldic Code may be penalized. Penalties include public censure, payment of fines up to Php 20,000.00, and imprisonment depending on the severity of the offense.

This site uses Akismet to reduce spam. Learn how your comment data is processed.